Must have a bit on hymns.  When my wife died she had made no reference to which hymns she wanted and we (Daughter, son and I) had quite a harrowing time trying to decide.  In the end the two of them picked some and I rejected most of what they picked but what they had picked gave me a base to work from. 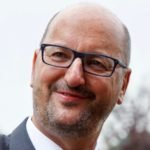 For my own part, Rosemary was able to tell us what she wanted at her funeral she listed the songs she wanted, she was even able to tell me that "her funeral was going to be the best ever".. she chose well of course, I'll put the list of songs she chose elsewhere on the site at some point I'm sure.

She gave us an order of service, what should be played and when it should be played – in the order of service she wrote a line ... "now you say something".. so I tried..  but of course I don't really know if I said the right thing, or if I said what she wanted me to say – I like to think I did, we were fortunate in that we had time to talk, but as I've said elsewhere on the site, there is never enough time.

I constantly work on my own list of songs for my funeral and it changes from time to time, many of my choices are humorous which is what I want, I hope whoever I leave behind finds that of some comfort 🙂

In the past 18 months we went to 2 funerals for which the deceased had done the planning.  Hymns eulogy bible readings (one specified which bible) where to have the knees up afterwards etc.  One widow would not have been capable, the other had to go along with what her husband had planned because he gave a copy to his daughter beforehand.  But Lilian refused to discuss the problem, anyway I knew I was going first so not my problem.  Then she went so fast I could not have asked her anything about what she wanted anyway.  Is the site designed mainly for planners or to help those who left it too late?  I think it might be reworked so that it may help anyone in my position (last November).  As I say my daughter had the master password (I use Roboform, master password is cortina, cat (CAPS), leeds telephone number.  There I have given you access to all my personal files!!!!!!!!!!!!!!!!!!!!!) so she could have dealt with the banks etc.

Apologies if it seems like I am taking over, not my intention but better here than on the whatsup forum.